After completing his training at the C.G. Jung Institute of New York, Les moved to Sydney, Australia where he has a private practice.  He is a prodigious writer of Jungian books, and we are proud to announce the arrival of his latest book The Self in Jungian Psychology: 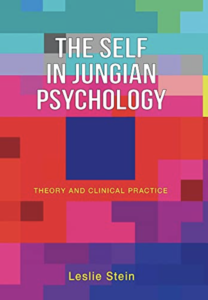 Les shared this synopsis of his book with us.  “The Self was elevated by Jung to be the symbol of psychological wholeness.  It is thus the cornerstone of his opus. As such, it is treated by Analytical Psychologists as an active force in the unconscious, leading each of us through an arduous process toward its realization.  However, its origin, nature, and substance remain vague leading to conflicting and incorrect commentary such that the Self continues to remain unnecessarily confusing. To understand the Self requires unravelling Jung’s thousands of statements to clarify it theoretically, and also to understand the manner in which it manifests in dreams and visions.  This book draws together Jung’s statements about the Self in all its contexts to identify what it indeed means and how it should be applied in modern analytical practice.” 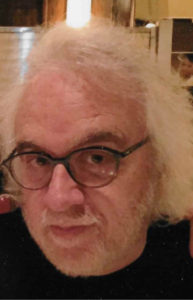 Ashok Bedi, M.D., psychiatrist, Jungian analyst and author reviewed Les’ book: “In The Self in Jungian Psychology – Theory and Clinical Practice, Leslie Stein circumambulates the concept of the Self from a rich and varied perspective. Usually, the descriptions of the Self are like the blind men trying to describe an elephant; but here we have the whole elephant. Ancient as time, organizing and guiding consciousness and beyond consciousness, Leslie Stein’s rendering of the Self is finely cut and masterfully polished diamond, which will be an invaluable resource to scholars and seekers alike.”

Les is also a member of the Australian New Zealand Society of Jungian Analysts and he is also a Training Analyst with the CG Jung Institute of Zurich. Les is the author of nine books, including Working with Mystical Experiences in Psychoanalysis: Opening to the Numinous, Becoming Whole: Jung’s Equation for Realizing God, and the Jungian allegory, The Journey of Adam Kadmon, A Novel.