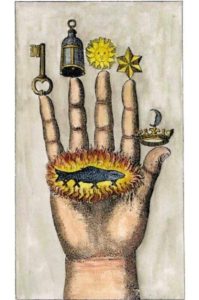 The dream is no unequivocal phenomenon. There are several possibilities of giving a meaning to a dream. I would like to suggest to you four definitions, which are more or less an extract of the various meanings I have come across that dreams can have.

1. The dream is the unconscious reaction to a conscious situation. A certain conscious situation is followed by a reaction of the unconscious in the form of a dream, whose elements point clearly, whether in a complementary or a compensatory way, to the impression received during the day. It is immediately obvious that this dream would never have come into being without the particular impression of the previous day.

4. The dream depicts unconscious processes showing no relation to the conscious situation. Dreams of this kind are very strange and often very hard to interpret because of their peculiar character. The dreamer is then exceedingly astonished at why he is dreaming this, because not even a conditional connection can be made out. It is a spontaneous product of the unconscious, which carries the whole activity and weight of the meaning. These are dreams of an overwhelming nature. They are the ones called “great dreams” by the primitives. They are like an oracle, “somnia a deo missa.” They are experienced as illumination.

Dreams of this last kind also appear before the breakout of mental illness or of severe neuroses, in which suddenly a content breaks through by which the dreamer is deeply impressed, even if he does not understand it. I remember such a case from before the [First] World War: I was visited by an old man, a professor of canon law at a Catholic university. He made a dignified impression, like the old Mommsen.

He had business to do with me and, when this had been dealt with, said to me, “I have heard that you are also interested in dreams?” I told him, “This is part of my business.” I sensed that his soul was consumed by a dream, which he then actually recounted. He had had this dream many years before, and it preoccupied him again and again.

He is on a mountain-pass road, winding along a precipice. Below there is a canyon. The road is secured against the canyon by a wall. The wall is made of Parian marble with its antique yellowish tinge, as he notices at once. At this moment he sees a strange figure dancing downward on the wall, a naked woman with the legs of a chamois, a “fauna.” She then jumps down into the precipice and disappears. Then he awakens. This dream preoccupied him immensely. He had already told it to many people.

Another dream is from a thirty-year-old man, who consulted me because of neurasthenia, which had set in quite suddenly; he had been a prince’s tutor and had had a nervous breakdown in this hard duty. I was intrigued by the fact that this neurasthenia—usually already present before in these cases, and then only getting worse over time—should have set in so suddenly. I asked him what happened at the time when he got the vertigo and the pains. At first he said that nothing special had occurred. I asked him about his dreams during that period. Then it surfaced that he had had a strange dream, whereupon the illness broke out. He is going for a walk on a dune and suddenly discovers black shards on the ground. He lifts them; they are prehistoric pieces. He goes home, fetches a spade, begins to dig up the ground, and discovers a whole prehistoric settlement, weapons and tools, stone axes, and so on. He is immensely fascinated and awakens sweating with excitement. The dream recurred, and then the patient broke down. He was a young Swiss.